This section includes descriptions and links to recommended picture books that make excellent feature books in different themes or are special favorites that can extend and enrich the study of a particular subject. 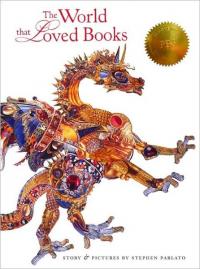 The World that Loved Books

written and illustrated by Stephen Parlato

The striking illustrations of this book are reminiscent of the paintings of Arcimboldo. Readers will be fascinated to see some of Arcimboldo’s paintings. A valuable source of information about the artist and his work is Giuseppe Arcimboldo: Complete Works at http://www.giuseppe-arcimboldo.org/.

Giuseppe Arcimboldo (1527 - July 11, 1593) was an Italian painter best known for creating imaginative portrait heads made entirely of such objects as fruits, vegetables, flowers, fish, and books - that is, he painted representations of these objects on the canvas arranged in such a way that the whole collection of objects formed a recognizable likeness of the portrait subject.

At a distance, his portraits looked like normal human portraits. However, individual objects in each portrait were actually overlapped together to make various anatomical shapes of a human. They were carefully constructed by his imagination. He never used random objects; each object was related to the theme of the painting. 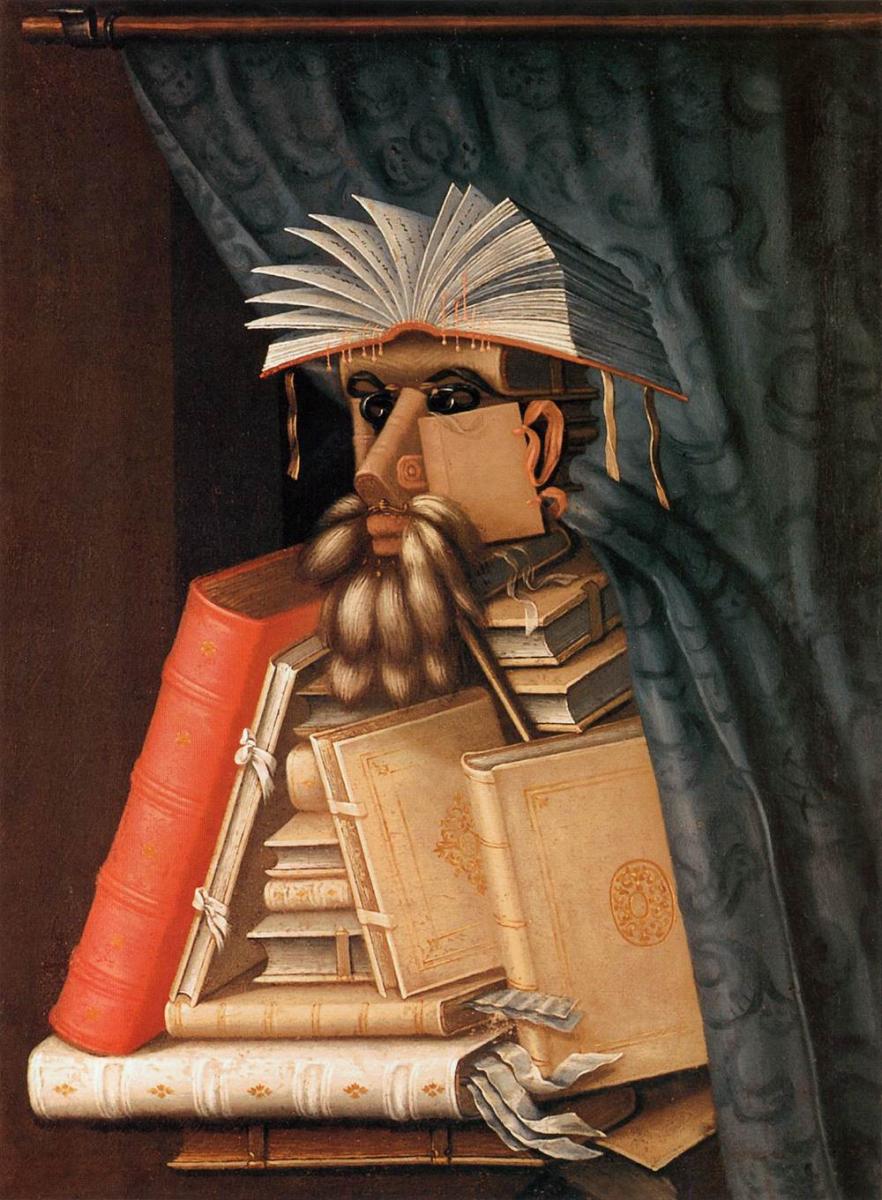 In the portrait now represented by several copies called The Librarian, Arcimboldo used objects that signified the book culture at that time, such as the curtain that created individual study rooms in a library. The animal tails, which became the beard of the portrait, were used as dusters.

The bizarre works of Arcimboldo, especially his multiple images, were rediscovered in the early 20th century by Surrealist artists like Salvador Dali. Arcimboldo’s painting Water was used as the cover of the album "Masque" by the progressive rock band Kansas. 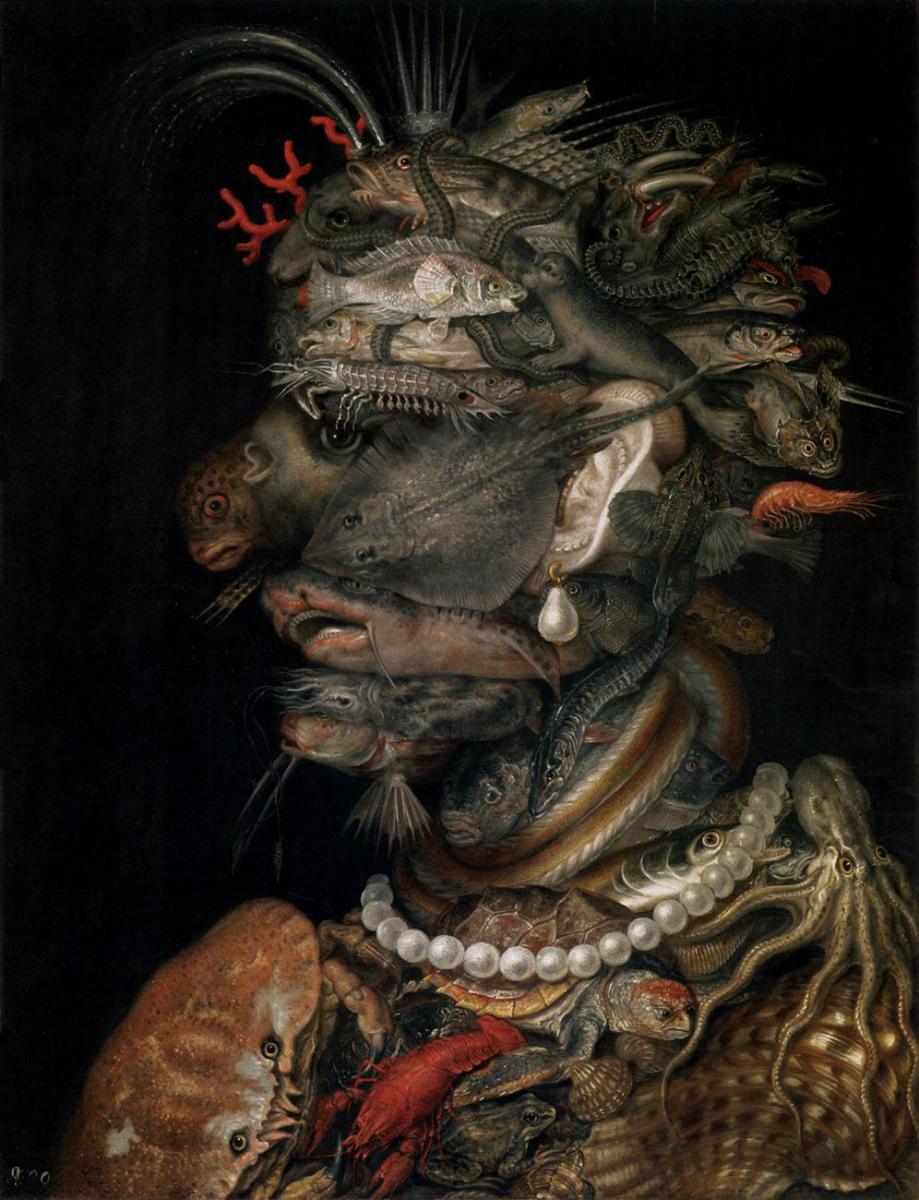 Our Own Art
We created a silhouette of each child on a 12x18 sheet of black construction paper. Each cut out their silhouette and put their name and date on the back in silver pen.

They each chose a subject for their silhouette. They could use pictures of things they liked to read about, favorite things such as foods or flowers, pets or wild animals they liked, or choose a theme like weather or the ocean. After discussion I showed them examples of my silhouette; one done in zinnias, one in ducks, and one done in copies of  pictures of favorite characters from picture books. They were allowed to use photographs, pictures from books, magazines, or the internet, draw and paint or color their own, or any combination of materials.

The next art period they trimmed the pictures they had gathered and arranged them on their silhouette. They were encouraged to put their pictures on the paper and move them around to find a pleasing arrangement before gluing them down. It was also expected that they leave ¼ to ½ inch of black paper showing all around the silhouette.

Finished silhouettes were on exhibit in the hallway in “Arcimboldo’s Gallery”, labeled only with the theme title.

written and illustrated by Sheri Amsel

written and illustrated by Pat Hutchins

Watching While You Walk

The narrator of A Wetland Walk is a careful observer of nature and activities in the world around him. The charming illustrations showcase the plants and animals he sees. In Rosie's Walk the strolling hen is completely oblivious to what is going on in her surroundings. Here the colorful stylized pictures reveal the hazards and happenings all around her. After exploring both books ask each reader to consider what kind of observer he/she would want to be and discuss reasons for responses.