Steven Kellogg has illustrated well over a hundred stories and has created some truly beloved picture book characters, including an independently minded Great Dane named Pinkerton.

Steven Kellogg was born in Connecticut in 1941.  Even as a young child he enjoyed telling stories and drawing pictures to illustrate them.  He would often entertain his younger sisters, Patti and Martha, with what he called “Telling Stories on Paper.”  He would rattle off a story while sketching  illustrations on papers that he would then pass from one sister to the other.

Kellogg knew - even before he started school - that he wanted to make his living illustrating stories for children.  He stuck to that goal and eventually earned a bachelor’s degree in fine arts from the Rhode Island School of Design.  He won a fellowship that allowed him to study in Europe for a year before starting graduate studies American University.

In the late sixties, Kellogg began submitting picture book ideas to publishers and began illustrating books for other authors in 1969.  It wasn’t long before his own stories were accepted and he realized he could make a living doing what he loved.

I have always wanted to write and illustrate picture books, and the more deeply involved in it I become, the more I find it to be an endlessly broad and fascinating art form.”

Steven Kellogg in Something About the Author #8, 1976

Kellogg lives and works in an old farmhouse in Connecticut where he and his wife raised six children. The Kellogg farm has also been home to a number of animals that have been immortalized in his stories, including the family's Great Dane, Pinkerton.  He has authored nearly 90 books and illustrated well over a hundred. 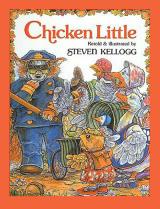 The sky is failing! The sky is failing!" Chicken Little and her feathered friends are all aflutter when she gets a mysterious bump on the head. But a uniformed Foxy Loxy is there to take them to police headquarters in his Poul(try)ice van. . . 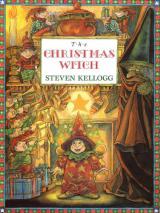 Gloria is no ordinary witch. She smiles too much and messes up her magic spells. She is the worst student ever to attend Madame Pestilence's Academy.  And then she finds out about the amazing holiday called Christmas. 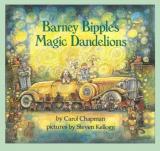 Barney Bipple discovers that wishes coming true may not turn out the way you expect.