Thanksgiving is an American holiday, celebrated on the fourth Thursday in November.  It is the travel weekend of the year as families gather together for food, fun, and other festivities.

Thanksgiving is an American holiday, celebrated on the fourth Thursday in November.  The tradition dates back to the early 1600's when English settlers in Plymouth, Massachusetts held a feast with a neighboring Native American tribe to give thanks for a bountiful harvest.

The pilgrims held days of thanksgiving in 1621 and 1623, but it wasn't until October, 1777, that all 13 colonies joined in a thanksgiving celebration, combining it with the commemoration of victory over the British at Saratoga. George Washington proclaimed a National Day of Thanksgiving in 1789 but President Thomas Jefferson later scoffed at the idea of having a day of thanksgiving.

Sarah Josepha Hale, a magazine editor, led a 40-year campaign of writing editorials and letters to governors and presidents that eventually led to what we recognize as Thanksgiving: Abraham Lincoln proclaimed the last Thursday in November as a national day of Thanksgiving in 1863. The day was was finally sanctioned by the United Staes Congress as a legal holiday in 1941.

The modern Thanksgiving holiday weekend is the busiest travel time of the year as family members gather together for food, fun, and other festivities.  The day after Thanksgiving is considered by many to be the unofficial start of the the Christmas season and is one of the biggest shopping days of the year. 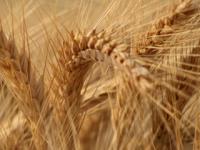 How Many Days to America? A Thanksgiving Story

Refugees from a Caribbean island embark on a dangerous boat trip to America where they have a special reason to celebrate Thanksgiving.

written and illustrated by Gail Gibbons

A story about Thanksgiving Day--the origins and traditions, and how it is celebrated today.