Mem Fox is Australia’s most highly regarded picture-book author. She is well-known in the United States, not only for her delightful stories but also as an influential international consultant in literacy. 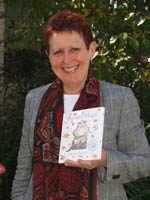 Mem Fox was born Merrion Frances Partridge in Melbourne, Australia, on March 5,1946. She grew up in Africa, studied drama in England, and returned to Adelaide, Australia, in 1970.  She was an Associate Professor in Literacy Studies at Flinders University in Adelaide, where she taught teachers for twenty-four years until her early retirement in 1996.

Fox is Australia’s most highly regarded picture-book author. Her first book, Possum Magic, is the best selling children’s book ever in Australia, with sales of over four million. And in the United States Time for Bed and Wilfrid Gordon McDonald Partridge have each sold over a million copies.

Fox has received many civic awards, honors and accolades in Australia, including two honorary doctorates.  She is an influential international consultant in literacy, but pretends to sit around writing full time. 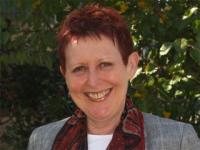 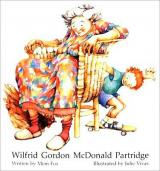 Everyone says Miss Nancy has lost her memory, and despite the fact that young Wilfrid doesn't even know what a memory is, by accident he helps her find it. 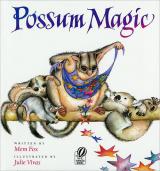 Grandma Poss used her best bush magic to make Hush invisible. But then the two possums must make their way around Australia to find the magic food to make Hush visible again. 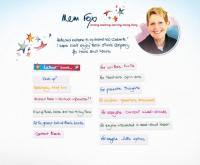 "Mem Fox: Writing, teaching, learning, loving, living" if full of information about Fox's books along with short and long biographies of the author.  It includes links to her recommended resources for writers, teachers, parents, and children.  A wonderful feature for adults are the sections on reading aloud to children.