Jack Kent (1920–85) was an American author‐illustrator of humorous fables, folk tales, rhymes, and other picture books.

Born March 10, 1920, in Burlington, Iowa, Kent dropped out of high school at the age of 15 and began a career as a freelance commercial artist, working in that field until he joined the U.S. Army in 1941. His first nationally recognized work was the comic strip “King Aroo” which was syndicated and distributed internationally from 1950 to 1965. He began writing and illustrating children's books in 1968 and continued until his death in 1985. He did the pictures for 40 children's books of his own and illustrated 22 books for other authors.

I love the characters he drew. Most were small and roly-poly.  With simple line drawings and a limited, pastel palette he was still able to show great emotion through facial expressions and body language. The pictures were always comfortable and reader-friendly as they supported and enriched the stories.

Many of Jack Kent’s books had a simple lesson; The Christmas Pinata is one of the best. A cracked pot ends up as a piñata and realizes that his life worked out to be useful even though not as he expected.  I’ve used it many times to reinforce the idea that “everyone has their place”.

Perhaps my personal favorite is Clotilda’s Magic. Clotilda is a bug-sized fairy godmother who is feeling sorry for herself because no one needs her anymore. Her interactions with a little boy who doesn’t believe in her magic and a respectful little girl provide many opportunities for character building discussions.

A comment by Clotilda could refer to the works of Jack Kent.

(I marvel at the art of it).
The world is full of magic
And it's magic that we're part of it. 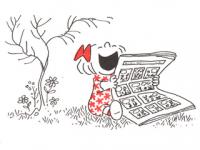 Considered useless by the potter and his family because it is cracked, a little pot becomes the center of attention when chosen for the Christmas pinata. 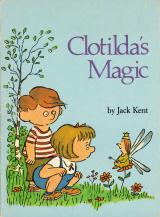 Clotilda is distressed because it seems no one wants her as their fairy godmother. Then along come Tommy (who doesn't believe in her magic) and Betty (whose politeness earns her three wishes). 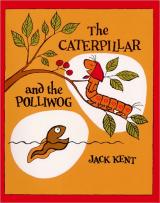 The Caterpillar and the Polliwog

A sassy caterpillar tells everyone she will become a butterfly; when the polliwog learns he will also change into something else he eagerly awaits becoming a butterfly, too.

I Was Walking Down the Road

A little girl collects a number of animals she might keep as pets as she moves through her busy day. 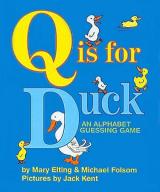 Q is for Duck: An Alphabet Guessing Game

A different way to look at the alphabet with riddle-like text and lively, humorous illustrations.

The Fat Cat: A Danish Folktale

retold and illustrated by Jack Kent

A cumulative tale of a naughty feline of whom everyone asks, "What have you been eating,my little cat! You are SO fat!"