In 2014, the December Solstice will occur on Sunday, December 21.

The December solstice occurs when the North Pole of the Earth is tilted the farthest away from the sun. In the northern hemisphere, this is also known as the winter solstice because it marks the day of the year with the least hours of daylight. This solstice can occur between December 20 and 23, the varying dates mainly due to the calendar system.

The ancient Egyptians, Babylonians and Persians had renewal festivals during the period surrounding the winter solstice, as did the Romans and other European cultures. Native North Americans also held solstice rituals. Christians celebrate the birth of Jesus Christ on December 25. Some researchers believe that this specific date on which to commemorate the coming of the “true light of the world” may have been set to correspond with the December solstice.

At the root of all these celebrations and rituals is the ongoing battle between Light and Dark. The battle reaches a turning point on the Winter Solstice as the advances of Darkness are halted and the tide turns for the forces of Light. Light returns to drive the gloom away and to raise our spirits. 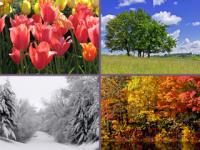 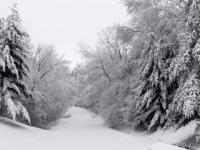 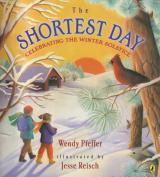 Explains what the winter solstice is and how it has been observed by various cultures throughout history. 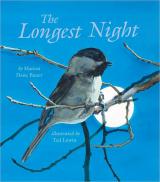 One very long night, a crow, a moose, and a fox all claim they can bring back the sun but the wind knows what is needed to end the darkness.