Everglades National Park in Florida was created to protect a fragile ecosystem. This subtropical wilderness safeguards a huge network of marshland and forest ecosystems.

The Everglades are wetlands created by a slow-moving river originating in Lake Okeechobee and fed by the Kissimmee River, flowing southwest into Florida Bay. They protect an interconnected network of marshland and forest ecosystems that are maintained by natural forces. Thirty-six species designated as threatened or protected live in the park, including the Florida panther, the American crocodile, and the West Indian manatee. All of South Florida's fresh water, which is stored in the Biscayne Aquifer, is recharged in the park.

To early colonial settlers and developers the Everglades were potential farmland and communities. By the early 1900s, the drainage process to transform wetland to land ready to be developed was underway. The results would be severely damaging to the ecosystem and the species it supported.

With the support of many early conservationists, scientists, and other advocates, a national park was established to conserve the natural landscape and prevent further degradation of its land, plants, and animals.

Everglades National Park was dedicated by President Harry S. Truman on December 6, 1947. It has since been designated a World Heritage Site, an International Biosphere Reserve, and a Wetland of International Importance, significant to all people of the world. 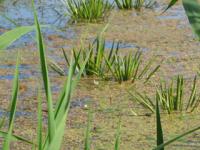 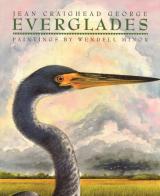 Describes the Florida Everglades, the evolution of this unique area, and the impact humans have had on its once-abundant life forms. 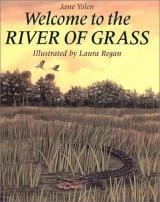 Welcome to the River of Grass

From creatures that fly to those that crawl, explore the cycle of life in the Everglades through rhythmic text and tantalizing paintings.

The National Park Service's official website for the American Everglades in Florida. Provides an abundance of media and information about the National Park and its status as an international treasure -  a World Heritage Site, International Biosphere Reserve, a Wetland of International Importance, and a specially protected areas under the Cartagena Treaty.