Eve Bunting is an acclaimed author of picture books and novels. Her picture books often tackle sensitive issues such as homelessness, death, aging, and war, and view events from a child's perspective.

Anne Evelyn Bunting was born in Ireland in 1928. In 1958, Bunting, her husband, and their three children immigrated to the United States where they settled in California. In 1971, she published her first story and gained the confidence to pursue a career as a writer. As of 2011, Bunting has written over 250 stories, over half of which are picture books. She’s also written scores of juvenile and young adult novels. Her books have won numerous awards, including the Golden Kite Award and a Caldecott Medal in 1995 for Smoky Night. 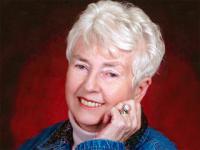 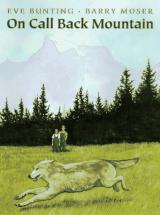 On Call Back Mountain

Old Bosco is the fire watchman on Call Back Mountain and a special friend to Ben and Joe. When he suffers a fatal heart attack the boys must come to terms with his death. 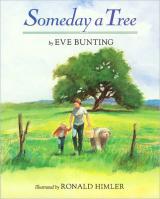 A young girl, her parents, and their neighbors try to save an old oak tree that has been poisoned by pollution. 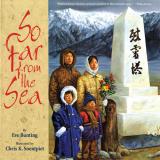 So Far from the Sea

Laura and her family as they visit her grandfather’s grave at the Manzanar War Relocation Camp.