The suprise attack on Pearl Harbor by the Japanese military prompted the United States to enter World War II.

December 7th 1941 – a date which will live in infamy – the United States of America was suddenly and deliberately attacked by naval and air forces of the Empire of Japan.

In the early morning hours of December 7, 1941, the Imperial Japanese Navy carried out a surprise military strike on the U.S. naval base in Pearl Harbor, Hawaii. It was a preemptive strike intended prevent the U.S. navy from interfering in military actions Japan was planning throughout Southest Asia and the Pacific.

The attack was launched from Japanese aircraft carriers positioned about 150 miles northwest of Hawaii.   It involved over 350 Japanese bombers and fighter and torpedo planes.  Japanese submarines also took part in the attack, which occurred in two waves. Its main objective was to destroy as many ships of the U.S. Navy (particularly battleships) as possible.

The attack began at 7:48am local time.  Sailors aboard the ships in the harbor and airmen on bases across the island awoke to the sounds of attack and struggled to overcome the unprepared defenses.   In spite of the low alert level, many US military personnel were able mount effective responses.

The entire attack lasted only ninety minutes and was a clear, tactical victory for the Japanese. The American casualties and losses were substantial:

In contrast, the attacking force lost only 64 men, 29 aircraft, and 5 midget submarines.

However, in the end, what was not attacked at Pearl Harbor proved to be more strategically important to the war effort than the ships and planes lost. The fuel and supply depots, repair facilities, and intelligence offices on the Hawaiian bases allowed Americans to begin salvage operations within days.  With most of its battleships out of commission, the U.S.Navy was forced to develop strategies that relied on carriers and submarines, which ultimately proved very successful. 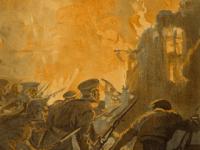 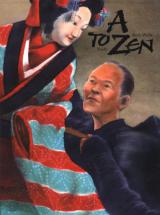 An alphabet book of Japanese culture 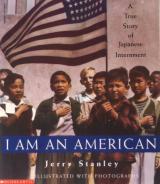 I Am An American: A True Story of Japanese Internment

Young Shi Nomura was among the120,000 American citizens who lost everything when he was sent by the U.S. government to Manzanar, an interment camp in the California desert, simply because he was of Japanese ancestry. This is his story.

During World War II, a young Japanese-American boy and his family are sent to an internment camp where father and son pull the camp together to build a baseball diamond.