Shots Heard ‘Round the World - The Battle of Lexington & Concord

The first battle of the American Revolution occurred on the village green of Lexington, Massachusetts, just after dawn on April 19, 1775.

The first battle of the American Revolution occurred on the village green of Lexington, Massachusetts, just after dawn on April 19, 1775.

A small band of militiamen faced six companies of British soldiers that were on their way from Boston to seize colonial supplies being stockpiled in Concord, Massachusetts. The tense stand-off erupted in gunfire that left 8 colonists dead and 10 more wounded. One British soldier was wounded, and the companies continued on the road to Concord.

When the British reached Concord, they took up positions in the village while hundreds of militiamen began gathering on the high ground overlooking the road back to Boston. The two sides finally confronted each other on the bridge outside Concord. While the British fired the first volley, it was the colonists that won the skirmish, and British began a retreat to Boston during which they were fired upon most of the way. The day ended with another battle at Menotony between Lexington and Boston.

The Battle at the Concord Bridge was later immortalized in The Concord Hymn as the “shots heard ‘round the world.” 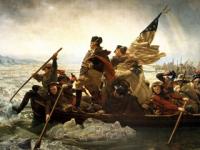 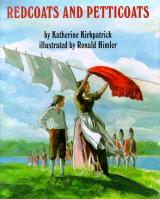 Members of a family in the village of Setauket on Long Island are displaced by the Redcoats and serve as spies for the Revolutionary Army of George Washington.

A presentation of the classic poem illustrated with dramatic watercolors and maps, recreated documents, and "engravings". 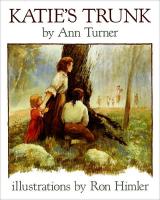 Katie, whose family is not sympathetic to the rebel soldiers during the American Revolution, hides under the clothes in her mother's wedding trunk when they invade her home. 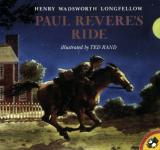 Longfellow's classic tribute to the famous revolutionary hero is brought to vivid life by luminous paintings that follow the journey of a daring man riding on horseback under the full moon. 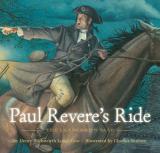 The artist chose to interpret this classic poem as it was told by "a man of ancient pedigree" in an 1879 collection "Tales of the Wayside Inn".