Garth Montgomery Williams was born in 1912 in New York City to parents who were both artists.  He lived in New Jersey and Canada before his family moved to the United Kingdom when he was 10 years old.  As a young man, he worked as an architect's assistant for a while before deciding to make a career as an artist.

He studied art at Royal College of Art in London, then in Europe until the outbreak of World War II.  He drove an ambulance for the British Civil Defence during the first years of the war, then moved to the United States.  There he did some illustration work on war effort posters and for The New Yorker magazine.  His first major break came when he was asked to do the illustrations for E.B. White's classic story, Stuart Little.  He illustrated all of the books in the Laura Ingalls Wilder’s "Little House" series and many works by other authors including another E.B. White classic,  Charlotte's Web.

Williams wrote and illustrated several books of his own including The Rabbit's Wedding. Published in 1958, it caused controversy in Alabama and elsewhere because of its perceived theme of interracial love. In a newspaper report at the time, Williams said his story was not written for adults, who "will not understand it, because it is only about a soft furry love and has no hidden message of hate."

Williams died of pnemonia at his home in Mexico in 1996.  His obituary in the New York Times noted

...with his own sense of innocence and wonderment, Mr. Williams created a world of storybook characters. Although the books were written by a diverse range of authors, the drawings all had Mr. Williams's impeccable, heartwarming touch. 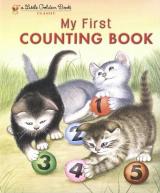 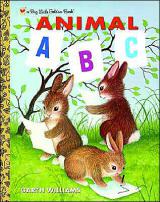 Busy bunnies romp through the alphabet with big animal friends.