How Many Days to America? 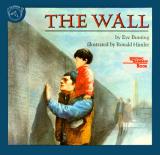 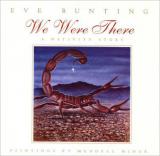 Anne Evelyn Bunting was born in Ireland in 1928. Her father was a postmaster and her mother was a homemaker. She graduated from Methodist College before attending Queen’s University, both in Belfast.

She met her husband while at University and they moved to Scotland to start their family. In 1958, Bunting, her husband, and their three children immigrated to the United States where they settled in California. Several years later she enrolled in a writing-for-publication class at a local community college.

In 1971, Bunting published her first story, The Two Giants. She had grown up with Irish storytelling traditions, and with her first published story, she gained the confidence to pursue a career as a writer.

She’s been busy. As of 2011, Bunting has written over 250 stories, over half of which are picture books. She’s also written scores of juvenile and young adult novels.

“I would definitely say that ninety percent of my story seeds come from something I’ve read in my daily paper or in may weekly periodical…and the other ten percent from what I see happening around me.”

Eve Bunting quoted in Children’s Books and the Creators

Her books have tackled difficult and sensitive issues including death in On Call Back Mountain, Japanese internment camps in So Far from the Sea, and pollution in Someday a Tree. She has won numerous awards, but says that one of her “greatest joys” as a writer is knowing that her stories engage even reluctant readers.